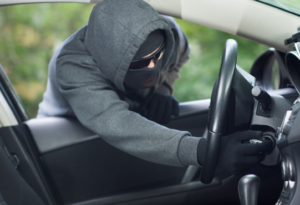 If you have been accused of stealing in Orlando, Florida, the Law Office of Donald A. Lykkebak is a theft law firm that will be able to help you. You are innocent until proven guilty.  Also, there may be alternatives to jail or defenses available when you have been charged with theft. If you are being questioned about an accusation of theft, or if you have been arrested for stealing, you have the right to remain silent and have the right to speak to a lawyer. The theft lawyers at the Law Office of Donald A. Lykkebak in Orlando, Florida will be able to assist you.

If you are facing theft charges in Orlando, Florida, your reputation, your freedom, and your future could be on the line. The Law Office of Donald A. Lykkebak is an Orlando, Florida theft law firm that will be able to review the accusation, the evidence gathered against you, and fight your case. If you have been offered a plea deal for your theft charges, you might be tempted to take the deal, but taking a plea deal can involve pleading guilty to a crime which can leave you with the collateral consequences of having a criminal record. Have questions about your rights? Reach out to the Law Office of Donald A. Lykkebak, a theft lawyer Orlando, Florida today.

If you have been charged with theft, what are some possible defenses? If you made an honest mistake and didn’t intend to steal anything, you could potentially have a defense. For example, if you thought your friend or roommate gave you permission to borrow his or her car, but then it turns out that there was a miscommunication and you are now being accused of stealing, you may be able to present evidence to show that you honestly had no intent to steal the vehicle.

At times people might be wrongfully accused of shoplifting. For example, if you brought a re-usable bag into a store and were storing things in the bag and had every intent to pay, but were accused of theft before you left the store, you may have a valid theft defense as well.

Sometimes people are accused of theft or shoplifting when they had no intention to steal. If you are being accused of theft, but didn’t actually leave the store with any property, you may have the right to fight your charge. As more people use re-usable bags, items might be placed in personal bags as people shop.  Most individuals have no intention to steal items. As more stores use automated vending machines and self-serve cash registers, sometimes individuals who make errors using these machines face shoplifting accusations.

If you are facing a shoplifting accusation, contact the Law Office of Donald A. Lykkebak, an Orlando, Florida theft law firm today. He will be able to help you. You are not alone.

Seek the Assistance of a Theft Lawyer

A theft lawyer in Orlando, Florida can assist you with every aspect of your case. The Law Office of Donald A. Lykkebak is an Orlando, Florida lawyer that can represent you during police questioning, investigation, and defense in court. Contact Mr. Lykkebak today to learn more about how he can help.