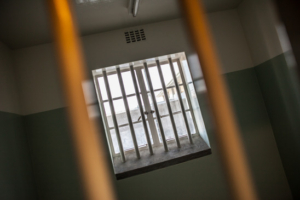 Felony crimes are more serious crimes than misdemeanors and are usually punishable with a prison sentence of more than one year. Felony crimes are typically classified as crimes punishable by a sentence to the state prison. Drug possession can be charged as a felony or a misdemeanor depending upon the amount or type of drug. Drug possession can sometimes be charged as a felony crime, if this is a subsequent arrest, or if you are believed to be engaging in drug trafficking or distribution.

If you are facing felony charges in Orlando, Florida, you could be facing a long prison sentence. Not only will this bring the loss of your freedom, but also the collateral damage to your reputation and loss of career. Individuals with felony records often face difficulty getting jobs, may be denied certain types of federal aid, may not be entitled to receive certain types of housing or educational aid, and may have difficulty getting certain licenses. Fortunately, if you have been charged with a felony, you are innocent until proven guilty. The Law Office of Donald A. Lykkebak is an Orlando, Florida felony lawyer who may be able to help you.

Sometimes individuals are stopped by police who then discover that the individual is in possession of drugs. The felony court process usually starts with an arrest. The arrest may occur at the scene of the crime, after police find evidence that a crime has been committed (for example, they find a person in possession of drugs), or after an arrest warrant has been issued.

In order to get an arrest warrant, the police must go before a judge and convince the judge that a search will result in finding evidence of a crime. If you are arrested with a warrant, or if there is a warrant to search your property or person, you have the right to ask police to show you the warrant. Police may not always volunteer to show you a warrant.

After the arrest, the first hearing is known as an “initial appearance.” This hearing usually happens soon after arrest. (Normally within 24 hours.)  During this hearing, you should be told what are the charges are against you and you should be told of your Constitutional rights. During the hearing, arrangements might be made to appoint for you a criminal defense lawyer if you are insolvent and if you don’t have one already.

If you have been arrested or are being questioned by police, you can always reach out to a lawyer before the initial hearing. While a public defender may be appointed to your case if you cannot afford a lawyer, a private felony lawyer may be able to provide you with more personalized attention and may be able to devote more time to going over the evidence against you. You also have the right to remain silent before and during this hearing and have the right to ask to speak to a lawyer before this hearing takes place. Finally, during this hearing, the court will determine whether it is safe to release you on bail and terms for release may be ordered.

While many individuals charged with crimes do not have the money to pay for a criminal defense lawyer, being assigned a public defender can also have consequences. While public defenders represent indigent individuals charged with crimes, these public defenders don’t always have sufficient time to review these cases. In fact, a recent New York Times piece found that a single public defender had the work equivalent to that of five full-time lawyers. This means that people charged with these crimes may not be receiving the time and attention they need to receive the defense they deserve. Felony crimes, if you are charged, can have a major impact on your life, and can have serious repercussions for you and your family. If you can afford a felony lawyer, you may want to contact a lawyer at Donald A. Lykkebak, a felony law firm in Orlando, Florida.

In a few cases, preliminary hearings may follow the initial appearance. During this hearing, the prosecutor must show that there is sufficient evidence against the person being charged to proceed with a case. If, in the preliminary hearing, there is sufficient evidence against you, you may be charged and arraigned. If you are arraigned, a trial will follow. Trials also follow specific formats. Each side is granted the opportunity to present its case, call witnesses, and make opening and closing statements.

What are Some Examples of Felonies?

Some examples of felonies include murder, attempted murder, drug possession or drug charges, certain types of DUIs, assault, battery, rape, sexual assault, theft, arson, and other charges. While more serious felonies like murder may have no statute of limitations, smaller felonies may have time limits by which a prosecutor must move with charging you of the crime. If the time limit runs out, the prosecutor cannot convict you. The Law Office of Donald A. Lykkebak is a felony law firm in Orlando, Florida that works with individuals who are facing felony charges.

Classes of Felonies in Florida

Florida classifies its felonies by “degree.” Florida has five felony degree types. These types are:

Because the consequences of being found guilty of a felony charge are so serious, it is important that you seek assistance of a felony lawyer like the attorneys at the Law Office of Donald A. Lykkebak in Orlando, Florida.

If you are facing felony charges, you may want to get assistance from a felony law firm as soon as possible. The Law Office of Donald A. Lykkebak in Orlando, Florida may be able to assist you with your case. While you may be appointed an attorney if you cannot afford one and if you have been charged with either a felony or misdemeanor, it can often be a good idea to gather your resources and hire a private felony law firm of your own choosing. A private lawyer may be able to devote more time to your case, may be able to investigate your case independently, and work hard to build the strongest possible defense to present before the jury. An experienced felony lawyer may also be able to negotiate with prosecutors to get your charges reduced or, with your permission, negotiate an appropriate plea. Contact the Law Office of Donald A. Lykkebak, an Orlando, Florida felony law firm today to learn more about how our attorney may be able to assist you.