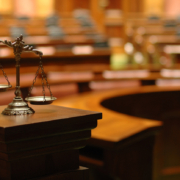 Embezzlement is a white-collar crime that occurs when a trusted person steals assets for personal gain. Embezzlement is unique from other kinds of theft in that the embezzler had legal access to the money or property, but no legal ownership. LegalMatch further defines embezzlement as a crime in which a person who has access to or lawful possession of money uses it in a way that the legal owner did not intend.

Embezzlement can be committed by anyone who was in a position of trust in regard to someone else’s money or property, such as:

Remember, embezzlement doesn’t always involve money, but it must involve assets with a monetary value. For example, in Florida you can be convicted of embezzlement for unlawfully taking a fire extinguisher, a stop sign, or citrus fruit!

There are almost endless ways you could potentially be convicted of embezzlement. One small mistake could change your life! If you’re charged, you need to take the accusation seriously and get legal help immediately!

Penalties for embezzlement can include fines, jail time, and additional restitution calculated on the amount of the assets embezzled. The severity of your charge often depends on the monetary value of the assets embezzled, but penalties can escalate in certain circumstances where the embezzler was given a heightened level of trust (such as if he worked for a bank or insurance company) or if the victim of the embezzlement was elderly or disabled.

In Florida, embezzlement can be classified as a misdemeanor or a felony, with fines ranging from a few hundred dollars to $10,000 (in addition to restitution). Jail time can range from a few months to up to 30 years with additional probation.

If you’re facing embezzlement charges, a criminal defense attorney can help you prepare some possible defenses, including but not limited to:

How to Get Help

In some cases, you may have to completely change your career after an embezzlement conviction. You may face social stigmas that prevent you from being respected or trusted, even within your own family.

As an experienced criminal defense attorney, Donald A. Lykkebak is here to help you address your problem in a manner most advantageous to you.  When the world seems to turn against you, our legal team has your back! Contact us at 407-425-4044 or online for a free consultation. 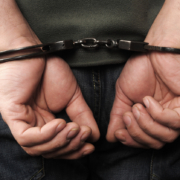 A misdemeanor such as shoplifting can result in penalties as serious as heavy fines, suspension of your driver’s license, and jail time. In addition, having a misdemeanor on your criminal record can impact your future in numerous other ways!

Whether you are guilty of shoplifting or you were falsely accused in Orlando, FL, it’s important to act fast! A criminal defense lawyer can help you get your charges reduced or dropped.

By working with an experienced misdemeanor lawyer, you have the chance to receive a lesser sentencing or even to be proven innocent! Taking legal action now is an investment that your future self will thank you for!

What Is Considered Shoplifting?

FindLaw defines shoplifting as a type of larceny, which is a legal term that refers to the taking of someone else’s property without their permission, with the intention of permanently depriving the owner of that property. Shoplifting generally refers to theft from a store or other place of business.

Shoplifting isn’t limited to the idea of simply hiding something under your jacket and walking out without paying for it. In addition to the “taking possession of or carrying away of merchandise, property, money, or negotiable documents” shoplifting can also be defined as “altering or removing a label, universal product code, or price tag; transferring merchandise from one container to another; or removing a shopping cart,” warns HG.org. In other words, even if you pay for an item, if you somehow alter the price from the price intended by the retailer, you could be accused of shoplifting.

Penalties for Shoplifting in Florida

The penalties for shoplifting depend on the value of the item that was stolen or allegedly stolen.

Many people do not think shoplifting is a big deal. But while the idea of walking out of a store without paying for an item might be the topic of many lighthearted “dares,” Florida courts take shoplifting very seriously. Do not let the term “petit theft” fool you – taking something from a store without paying could take you straight to jail. And even if your jail sentence may be relatively short, you will have to deal for the rest of your life with the negative and highly restrictive repercussions of a criminal record.

But what if you didn’t actually shoplift?

False accusations of shoplifting are, unfortunately, very common. Large companies can easily intimidate innocent customers who are wrongly accused by demanding payments with the threat of a lawsuit.

False accusations may often happen when

This list is not exhaustive! If you’ve been falsely accused of shoplifting in Orlando, FL, you need to contact a lawyer right away for help. Don’t be intimidated by the threats of large chains or corporations.

Whether you did actually shoplift, or you were falsely accused, you can take some stress off your shoulders by contacting a criminal defense law firm that cares about your best interests! Call the Law Office of Donald A. Lykkebak to talk about possible defenses to your case and to make a plan of action! Contact us at 407-425-4044 or online for a free consultation!